On July 18th 1945, some two and a half months after VE day, the residents of Bedford Nova Scotia, who could have been forgiven for thinking that their share of World War 2 fireworks were over, got a spectacular if unwanted surprise when, at 1830 hrs, a massive explosion was heard coming from the Halifax harbour, followed by a chain reaction of explosions that lasted for over 24 hours.

The cause was a barge on the jetty of Bedford Magazine (now CFAD Bedford (Magazine Hill)) that had caught fire. A number of Royal Canadian Navy warships were undergoing refit in preparation for deployment to the Pacific and, because the main compound was completely full, their ammunition was stockpiled on the dock itself. The fire quickly spread from the barge to the dock and to the ammunition stacked there. Miraculously, damage to Halifax itself was limited to shattered windows, crumpled roofs, and cracked structures.

Even more amazingly, there was only one fatality, a dock worker, and a small number of minor injuries amongst the population of Halifax. This was due in large part to the implementation of an emergency plan that had been created in the aftermath of the explosion which had devastated Halifax in 1917. Under the emergency plan, the northern half of the city was evacuated in an orderly fashion, an action which largely contributed to the minimal casualties. It is worth mentioning that the incident would have been infinitely worse but for the fact that they were able to rescue some thousands of depth charges from the flames.

The fires were put out by naval personnel who served as volunteer firefighters, a gesture which helped to ease some resentment still felt by the population of Halifax in the aftermath of some violent and destructive demonstrations during VE Day celebrations of the previous 7-8 May. The barge which was at the origin of this conflagration still lies on the seabed near the eastern shoreline, adjacent to the CFAD Bedford Magazine Dock. In 1995, the Navy began to remove some of the ammunition that had fallen into the harbour, and disposed of it by controlled explosion. 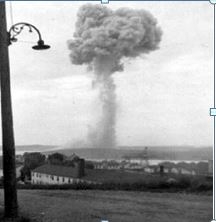 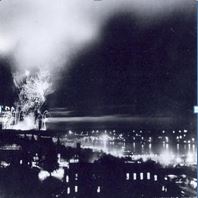 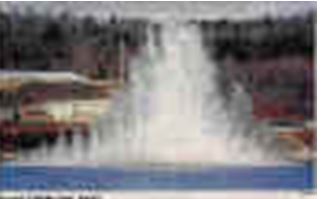