“Big” Jay was a large man, who lived a large life, had a large laugh, and the biggest heart. 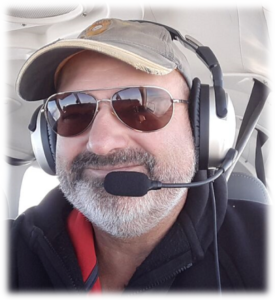 Jay passed away unexpectedly at his winter residence in Las Vegas NV on January 14, 2019.  He leaves behind his loving wife of 37 years Cathy, his eldest son Bryn (Paige), youngest son Brett and grandchildren Easton and Ainslie.

Jay served for a combined 38 years in both the reserve and regular forces of the Canadian Military as a Logistics Transportation Officer, retiring at the rank of Major. He was an expert marksman and competed internationally, winning a multitude of competitions and awards.  He was particularly proud of his Bisley Sniper Championship in England in 1984.

After retiring from the military, he used his skills in Fort McMurray at the Shell and Suncor Oil Sands sites.  Jay was also able to share his knowledge and experience at Fort McMurray’s Keyano College continuing education department where students appreciated his enthusiastic and entertaining teaching style.

Jay met his wife Cathy in Gagetown NB while on basic officer training in 1979.  Their romance would not start until they reunited in Borden a year later. They went on endless adventures together which included hiking, skiing, SCUBA diving, and most recently flying his plane to various destinations within Canada. Together they made a life and lived in Richmond BC, Okotoks AB, Wainwright AB, Morinville AB, Sturgeon County AB, Fort McMurray AB, and Las Vegas NV.  He supported her to pursue and complete post secondary education as well as achieve an accounting designation and she did the same with his MBA.

Both his sons treasure the camping trips, house repairs, working in the garden, road trips, and other adventures no matter how much they complained at the time.  Bryn will remember his time playing games with dad, whether it be Civilization, Chess, Cards, RISK, and all the other games they played together or as a group.  Brett will remember teaming up with his father to defeat his brother in those games.

C-GVML (Charlie-Golf-Victor-Mike-Lima) was the “bestest toy” he ever had.  He flew his Piper Arrow II whenever he could.  Jay proved himself as a very competent pilot making a forced landing on an Alberta secondary highway after a complete midair engine failure. No structural damage to either pilot or plane and enough presence of mind to coast the plane into a farm lane to ensure the safety of motorists.  His other passions were Golf and SCUBA Diving.

He was a mentor, advisor, and galvanizing force to his family.  He influenced the lives of all generations.  His endless devotion to his family and friends will be sorely missed.

The family gathered in Calgary at his sister and brother-in-law’s home on January 19, 2019 to celebrate Jay’s life. The family is planning another gathering the August long weekend at the family home north of Edmonton where friends can join in remembering Jay.  Details to follow.

In lieu of flowers memorial donations may be made to The Kidney Foundation of Canada www.kidney.ca or Lupus Canada www.lupuscanada.org or a charity of your choice.

Jay was a true friend and colleague and our paths crossed several times during and after our times in the military.  Jay was always so vibrant and full of life, engaged and active in the community, with his passion for flying, diving and … some days, golf.   He will be sadly missed.   His life ended too soon.  He made a solid and lasting contribution to our profession!

To gather as family and friends in celebration of his life over the 2019 Aug long weekend.

a. Concept of Operations. The weekend is planned to comprise three main activities in the general format of an Irish wake and driven by response to this communication. The program includes:

i. an open house “visitation” at the family home near Bon Accord wherein family and friends may share their remembrances of Jay;

ii an evening party and pot luck supper; and

iii. a round of golf at Spring Creek Golf course which is adjacent to the home; and

b. Groupings and Tasks. Immediate family will primarily assist in planning and preparation with all others assisting as able.

a. Attendance. Indication of intent to attend at any or all of the three activities would be appreciated as soon as possible;

b. Travel and accommodation. Early arrangement and communication of those plans particularly for those out of town family and friends is most important. In house accommodation will fill quickly with family members. There is room on the acreage to set up travel trailers for those expecting to partake in the evening events. Be prepared to dry camp; and

c. Rations. To be determined by the size of the gathering.

Cathy Winkelmans is the event coordinator and will delegate responsibilities once the size of the gathering is determined;

a. individuals who receive this warning are asked to acknowledge receipt by email to: BigJay_2019@shaw.ca;

b. should this warning order be forwarded to another recipient, the individual forwarding the email is requested to copy the forwarded email to:BigJay_2019@shaw.ca so Cathy is aware of the extent of the spread of the information; and

c. individuals planning to attend are asked to RSVP to: BigJay_2019@shaw.ca to allow for the more detailed arrangements and instructions to be developed.