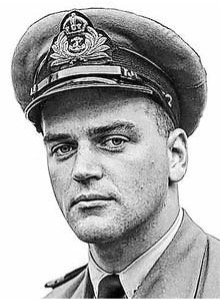 Bob died on July 29, 2021 at the age of 92.  Born in Halifax, he graduated from St. Mary’s High School and trained in the Merchant Navy before joining the Royal Canadian Navy in 1954, retiring as a Lieutenant Commander after 26 years of service in 1970.  He is survived by wife, Betty (Dunlop, originally of Liverpool); son, Michael; daughter, Linda (Lin) Whalen; and grandchildren, Caroline and Stewart Whalen.

He was later employed as the Business Manager of the Nova Scotia Teachers’ Union.  Bob loved to travel and had seen much of the world, both as a naval officer, and later with his wife Betty.  He was a stamp collector, read widely, never missed his daily walk and loved his family.

Bob’s favourite charities were the Northwood Foundation and the Bide-A-While Animal Shelter.  A memorial donation can be sent to either charity or one of your choice.