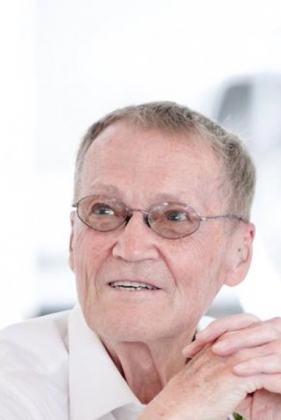 It is with heavy hearts that we announce the passing of Roy Wayne Wannamaker on Saturday, September 8, 2018 at the age of 75 years.

He will be lovingly remembered by his wife of 48 years, Cathy; three daughters and their husbands, Angie and Tom O’Hara, Stephanie and Ken Crocker and Heather and Keith Gartner; and five grandchildren, Deklen, Katelynn, Noah, Jeffrey and Madison.

Wayne served 19 years in the military and 17 years with the Department of Transportation.  He was instrumental in pushing Canada Post to issue a commemorative stamp for the 100th anniversary of the RCASC and was congratulated and supported for his hard work in Hansard.  Unfortunately, it did not happen.

He loved the Yukon and enjoyed canoeing, camping, fishing and spending time with his family and friends.

In lieu of flowers, Memorial Donations in memory of Wayne may be made to STARS Air Ambulance or a charity of one’s choice.

It all has been said so very well by Cappler the writer.  It has been a sad week for all of us with Robby {Albert McRobb, RCASC whose RCLSA Lest We Forget Obituary will be posted shortly} and Wayne going on the Advance Party.  However, I have to add that no duo ever cut a better and bigger swathe in Soest, Lohne, Fort Chambly and many other places than Donnie [Cappler] and Wayne.  They and their friends had fun and fights to the joy of many but caused frustrations and agony to the 1 Tpt Coy RCASC hierarchy.  We either loved them and enjoyed them or wanted to jail them.  They were the topic of many conversations at many Reunions since.  They probably had the record for the most days of CB of any soldier in 4CMBG.  As sad as this day is I have a little smile when I reflect.  You had a great run Wayne and fooled the maker several time.  Along the way you made many lasting friendships.  Rest in PEACE Wayne but your many memories and actions will be lasting until there is NO more RCASC folks.