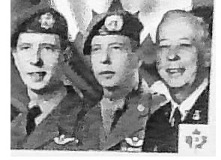 He was a member of the Royal Canadian Legion Calais Branch 162 and a long-time Retired Life Member of the CFB Halifax Chiefs’, POs’, WOs’ AND SGTs’ Mess, the spot he loved most of all and supported beyond belief.