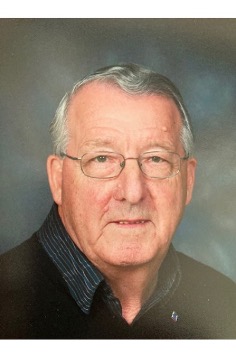 It is with profound sadness that the family of Joseph Lionel Roland Tasse (Rollie), announce his peaceful passing at Cumberland Lodge, Comox, BC on April 1st 2021, with his loving wife Jane of 61 years by his side.

Rollie at age 83, is survived by his wife Jane, his children, Suzanne (Eric), Alan (Shelley), Paul (Heidi), and predeceased by his son Mark (Karen) and will be dearly missed by his grandchildren Jennifer, Katherine, Melanie, Jeremy, Alexander and Jonathan; and great grandchildren, Avery, Jesse, and Paxton.

From humble beginnings, Roland served with distinction and honour for 37+ years with the RCAF as one of the original Trans Techs, later Loadmaster designation and finally as a Commissioned Logistics Officer.

An active and respected member of the community and the Catholic Church, Rollie served for 25+ years with the Knights of Columbus and was an enthusiastic member of the choir and one of their soloists.

Memorial donations may be made in Rollie’s name to the charity of your choice.