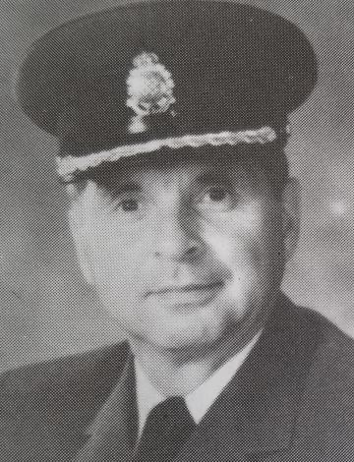 A native of Yarmouth, Nova Scotia, Lieutenant Colonel Smith enlisted in the Canadian Army in 1964 and was Commissioned into the Royal Canadian Ordnance Corps in 1965.  Lieutenant-Colonel Smith initially served in London, Ontario at 27 Central Ordnance Depot.

He served at Canadian Forces Base Trenton from 1968-1973 as an Air Transportation Officer at 2 Air Movements Unit and as Cabin Crew Leader at 437 (T) Squadron.  Following a tour at CFHQ in Ottawa as the Capital Projects Accounts Officer he was posted on exchange duties to Hanscom Air Force Base in Bedford Massachusetts to the Regional Operational Control Centre Acquisition Project.

On promotion to Major in 1979, he was posted to Canadian Forces Base Summerside as the Base Supply Officer.  In 1983 he returned to Ottawa as a member of the New Fighter Aircraft Acquisition Officer responsible for the acquisition of aircraft maintenance support equipment.

In 1986 Lieutenant-Colonel Smith attended the Royal Norwegian Air Force Staff College in Oslo, Norway, followed by three years at the Allied Forces Northern Europe (AFNORTH) Headquarters.  There he became involved with the planning and support of Allied Forces assigned for deployment to Denmark and Norway as reinforcements.

He returned to Canada in 1990 as Base Supply Officer at Canadian Forces Base Cold Lake, Alberta followed by a year of language training in Victoria British Columbia. In 1993 he was posted to NDHQ/J4 Logistics in Ottawa, responsible for the development of Air Logistics Doctrine.

For all of his numerous professional accomplishments, Hugh will be fondly remembered by both friends and family for his quiet strength and his kind and generous nature.  In memory of Hugh, donations to Hospice at May Court Ottawa, Carefor Home Care Services or a charity of your choice would be appreciated. A private service will be held at a later date.