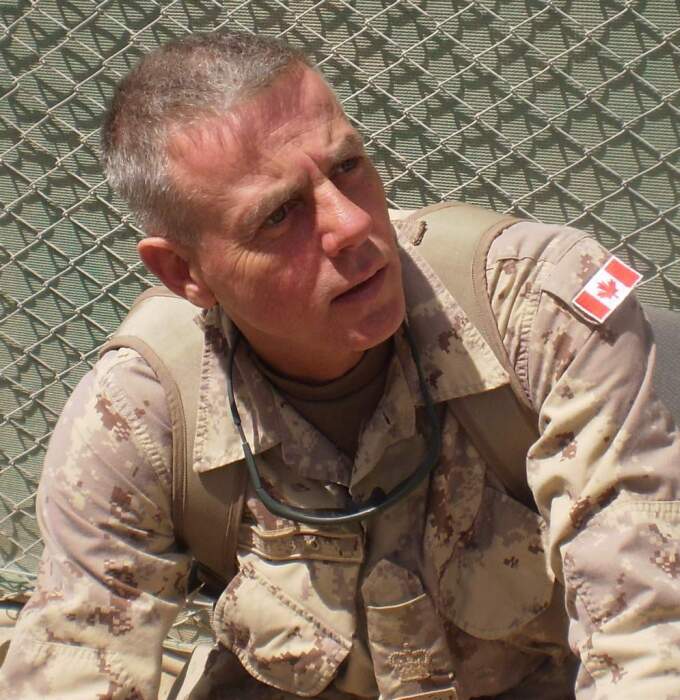 It is with great sadness that we announce the death of Stephen Shipston of Deep River, Ontario, who passed away on February 12, 2021, at the age of 57.  He was loved and cherished by many people including : his wife Martine Shipston; his daughters, Jennifer Paradis (Christopher) of Petawawa and Stephanie Doan (Luke) of Edmonton; his parents, Donald Shipston and Mary Shipston of Ingersoll; his step-children, Kyle Janes of Grande Prairie, Jessica Janes of Toronto and Shayne Morin of Deep River; his grandchildren, Jacob Paradis, Hailey Doan, Kali Janes and Keira Wallace; and his siblings, Alan Shipston (Patti) of Nashville and Anna Cook (John) of Ingersoll.

Steve retired from the Canadian Forces on 13 December 2020 after 40 years of dedicated service.

Private Family Services will be conducted.  Interment of cremated remains will take place at Beechwood Cemetery, Ottawa at a later date.  In true Trucker fashion Steve wanted his remains donated to the science center at Queens University.

In memoriam donations to the Quaker Oaks Farm “Farm Animal Sanctuary”, 789 Monck Road, Sebright, Ontario, L0K 1W0 would be gratefully appreciated.  Friends are welcome to leave their condolences on the memorial page at www.valleyfuneralhome.ca and share them with the family.