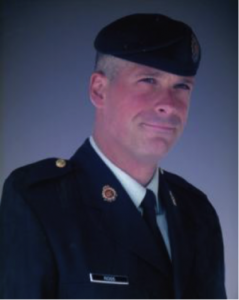 It is with a heavy heart that we announce the passing of Sgt Scott Ross which took place on Wednesday April 6th, 2016 at the age of 40 in Fredericton, New Brunswick.

Scott was the beloved son of Bonnie (Doucet) Ross and step-son of Arden Mallet.  Born in Bathurst, he attended Bathurst High School and subsequently served in the Canadian Armed Forces as a Sergeant where he completed two tours of duty in Afghanistan.  Most recently, Scott was based out of Gagetown, New Brunswick and was a member of the Royal Canadian Legion Herman J. Good VC Branch in Bathurst.

He leaves behind three beautiful daughters whom he loved dearly: Jaden, Siena and Mataya and the mother of his children Lara Simone of Oromocto. Donations in memory of Scott may be made to a charity of the donor’s choice.