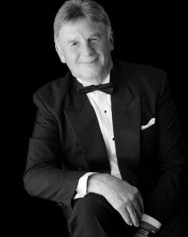 Roger died on June 2, 2021, in Victoria, BC, after a courageous battle with cancer.

He will be greatly missed by his wife of 57 years, Norene; children, Kevin (Riki) and Lynette (James); and grandchildren, Jessica (Adrian), Stephanie (Trevor), Fisher and Marin.

Due to the current restrictions, a service will be held at a later date.  Condolences may be offered to the family at www.mccallgardens.com

There is an opportunity for a Logistics Specialist.  MODIS already has won the work, so no need to have to go through the bid process.  The requirement is for a… Read More

Please see the July issue of the newsletter The Logistician. In order to have access, copy and paste the links below on your browser.  If you prefer, you can export… Read More