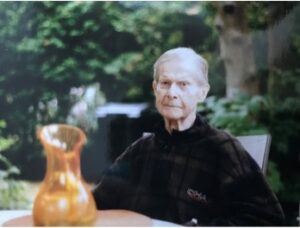 Pierre Richard, 88, passed away peacefully on January 17th, 2022. Pierre was born in Montreal in 1933.  He is survived by his loving wife, Cosette and will be dearly missed by his son Edwin, son Luc and daughter-in-law Veronique, son Benoit and daughter-in-law Christine, and grandsons Alexandre, Philippe, Stephane and Nicolas.  He will also be missed by many nieces and nephews.

Pierre was the founder of the Montreal Chapter of the Canadian Forces Logistics Association.

There will be no funeral service due to Covid restrictions. The family will hold a private burial and intimate memorial in Quebec City in July.

Donations can be made in Pierre Richard’s memory to the Last Post Fund – National Field of Honor.