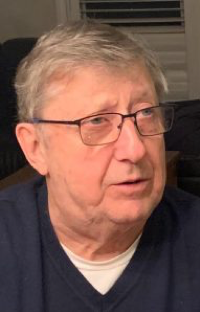 Ray passed away suddenly on March 12, 2019.  Ray has left behind his loving daughter Tammy (Jonathan) and grandson Matthew.  Ray was predeceased by his ex-wife Shelley Raymond.  Additionally, he will be missed by his ex-wife Elham Raymond and her children and grandchildren.

Ray lived a full life and had a distinguished career in the armed forces.  He joined the RCAF in 1966 which marked the beginning of a life-long adventure in the military and civil service.  His postings as a Sup Tech included CFB Toronto, Lahr, Chatham, HMCS Restigouche, 403 CFTSD Vancouver, NDMC, DPSCU.  His last posting was CFB Moncton where he served as Base Supply Officer.

After retirement in 1989, Ray started his second career as a Warehousing Design Officer and served with DSRO, D Sup, DMMD and DSCO.  He received his Professional Certificate in Warehousing in 1995 from Georgia Institute of Technology.

A funeral will be held on Saturday, May 18 at12 p.m. at the Catholic Church in Cap-Santé, 30 Place de l’Eglise, Cap-Santé, Quebec.  A small reception will be held in the hall next to the church immediately after the service.

Condolences may be left at www.firstmemorialfairview.com .