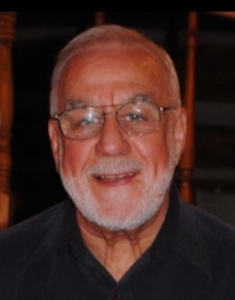 Ron passed away peacefully, on Tuesday, February 12, 2019 at Renfrew Victoria Hospital, with his loving wife, Lila, by his side.  Ron was in his 81st year.  Much loved father of Kaia Paddock (Peter Habel) and Sasha Pole (Jon).  Cherished grandfather to Brandt, Spencer, Josephine, Lila and Brennan.

Ron’s 37 years in the Canadian Army placed him in various postings across Canada, the Middle East and Germany.  He was the first army officer to serve as the naval supply officer aboard HMCS Protecteur and HMCS Saguenay.  Ron was also a student and instructor at the Canadian Forces College in Toronto.

A Memorial Service will be held at Trinity-St. Andrew’s United Church on Saturday, February 16, 2019 at 11 a.m. Donations to Renfrew Victoria Hospital Foundation would be appreciated by the family.