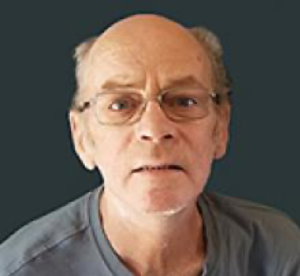 Bob passed away October 24, 2019 after a courageous battle with cancer.  He was born in Winnipeg on September 18, 1953 and grew up in St. James and Charleswood.  He is survived by his siblings Linda, Michael (Doreen), Gordon and David; nieces Diane, Karen, and Hailey; and nephew John.

Out of high school Bob entered the Canadian Armed Forces.  That decision turned out to be a lifelong career of 40+ years in service, filled with many national and foreign postings.  Training was in CFB Cornwallis in Nova Scotia followed by Canadian postings including Winnipeg, Calgary, Barrie, Kingston and Montreal.  Bob moved quickly through the ranks into intelligence and later logistics serving in many foreign postings including Cyprus, Baden-Soellingen Germany, Brussels, Croatia and Abu Dhabi.  Even upon retirement Bob was called upon to assist in reserve training in Edmonton and other Canadian bases.

Bob devoted his life to serving Canada and moved frequently. In 2002 he chose to complete his Canadian Armed Forces professional career in Winnipeg, the city he called home. In retirement Bob could often be found at a golf course serving as chairman of the Canadian Forces Base Winnipeg 17 Wing Golf Club and then working at John Bloomberg golf course.

In lieu of flowers, donations in Bob’s name can be made to CancerCare Manitoba.

A memorial service will be held on Friday, November 1, 2019 at 2:00 pm at Thomson “In the Park” Funeral Home, 1291 McGillivray Boulevard, Winnipeg.