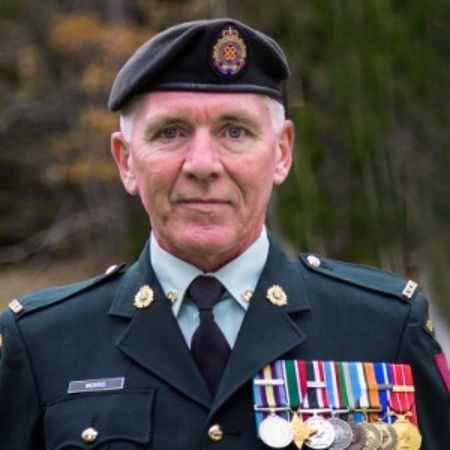 It is with sad and sorrowful hearts, we announce the sudden, but natural, passing of Terry in his motor home in St. Stephen, N.B., on December 30, 2022, age 61, with his two beloved dogs Kahlua and GM by his side. Born in Halifax, on January 13, 1962, he was a son of Sam and Lucy Morris of Fall River. Survived by his parents; sisters, Sherry, Janet and Jean; brothers, Tony and Peter; nephews, Nigel, Matthew, Logan, Mitchell and Spencer; nieces, Natalie and Taylor; also by many extended family members and friends.

Terry served 36 years in the Canadian Armed Forces both in regular and reserve service. His postings included service in three areas of conflict: The Persian Gulf War in 1991; Bosnia Herzegovina – Croatia in 1998; and Afghanistan in 2008.

Terry was planning his lifelong dream of entering the United States and attending as many NASCAR races as possible in the current 2023 racing season, beginning with the Daytona 500 in Florida.

Terry was the community handyman extraordinaire who took pleasure in helping anyone in need. He will be sadly missed by all who knew him.

In lieu of flowers, donations can be made to the Heart and Stroke Foundation or SPCA. Visitation will be held on Sunday, January 8th, 2023 from 2-4 and 6-8 p.m. in Atlantic Funeral Home, 125 Sackville Dr., Lower Sackville. The Funeral Mass will be held in St. Rose of Lima Catholic Church, 9 Jamieson Dr., Fall River, on Monday, January 9th, at 11 a.m. with Father Gerald David presiding. Reception to follow. Interment in Oakridge Memorial Gardens at a later date. Online condolences may be expressed to the family by visiting: www.atlanticfuneralhomes.com (Sackville Chapel)