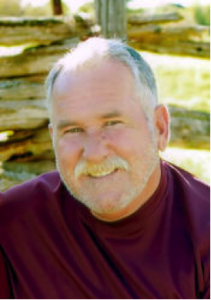 After a short battle with cancer, MWO (Ret’d) Paul McDermott passed away on Saturday 5 Dec 15 at the Pembroke Hospital in his 60th year.

Paul served in the Canadian Armed Forces for over 27 years as a Supply Technician throughout Canada and the world.  Throughout his career he saw exotic postings to CFB Petawawa (numerous Canadian units over several postings), CFS Dana, CFB Chatham, and CFB Goose Bay.  Paul also served on tours in CFS Alert, Cyprus, Bosnia, Syria, and Afghanistan during his career. He retired from military service on 30 Apr 04.

Not one to rest on his laurels, Paul joined the Public Service in 2004 and served over 10 years with MCAS at CFB/ASU Petawawa and finally retired in the spring of 2015.

Although he was extremely proud to serve his country in the Military and Public Service, Paul was above all, a loving husband and father.  Taken from us far too early, Paul is survived by his wife Dinah, daughters April and Brandi, and grandchildren Matthew and Will.  He will forever be remembered for his passion in all things important to him, family, friends, music, and sports.

In memory of Paul, donations to Renfrew County SPCA or St. Joseph’s Food Bank would be appreciated. To leave condolences, tributes, and donations, please visit www.murphyfuneralhome.ca