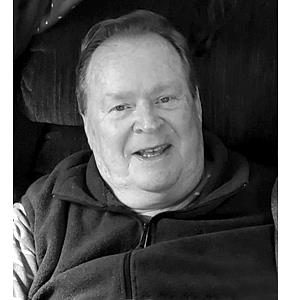 It is with great sadness that the family of Roger McBride announces his passing in Victoria, BC on March 16, 2020 at the age of 79.  Roger was predeceased by his loving wife of over 40 years, Susan.  He is lovingly remembered by his wife Adele, his devoted children Shawn (Holly), Heather Ann (Colin), Sherry and 7 loving grandchildren.

Roger joined the Royal Canadian Navy and proudly served his country for 35 years, retiring as Lieutenant Commander. His service included time at sea as a Pay Writer on HMCS St Laurent.  After commissioning from the ranks, he was posted as an Instructor to Officer Training Company, CFSAL, CFB Borden and later as an Internal Auditor at SHAPE HQ, Mons, Belgium.  His last posting was at MARPAC HQs in the Accounting Services section.

After retirement he worked with the Commissionaires of BC and finally volunteered tirelessly for 15 years at the Royal Canadian Legion Poppy Fund, supporting his fellow Veterans and organizing the Remembrance Day Celebrations in Victoria.

Family and friends are invited to a brief come and go visitation on Tuesday, April 7th at Sands Funeral Home, 317 Goldstream Ave, Victoria BC from 12 – 1 pm followed by a private family funeral.