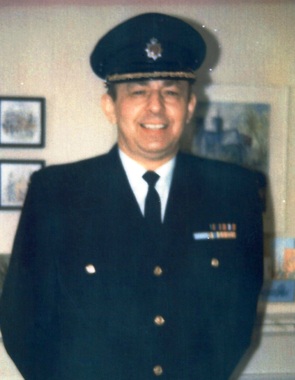 Bill passed away peacefully at the Mill Creek Care Centre in Barrie on Sunday the 8th of November in his 97th year. Pre deceased by his wife, Helen, he is survived by his daughter Jo-Anne and her husband Bruce Gunn who retired as a Lieutenant Colonel in the US Air Force, and their daughter Leighanne her husband Brooks Whittington and their son Everett who live in Dallas, Texas. He is also survived by son Richard of Barrie and his daughter Danielle, who lives in Gravenhurst.

Bill was born and grew up in Ottawa and then joined the military in 1940. He spent 32 years in the Canadian military as a member of the Royal Canadian Army Service Corps. He had numerous postings across Canada as well as foreign postings. He spent a year in Japan during the Korean War, a year in Egypt in the Sinai with the UN where he earned the Canadian Peacekeeper Medal, and finally three years in Germany during the Cold War period.

He and his wife Helen (Purvis of Selkirk, Manitoba) settled in Grand Bend Ontario in 1972 after retiring from military service then moved to Meaford in 1986. After Helen passed away in 2008 Bill moved to Barrie.

Bill will be cremated and his remains will join Helen’s (Private Helen Purvis, Canadian Women’s Army Corps) in the Canadian Forces National Military Cemetery in Ottawa.