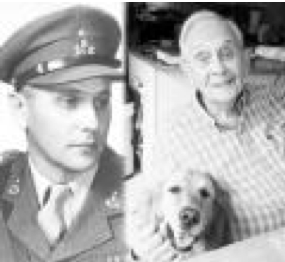 Predeceased by his precious wife of 67 years, Alice (Turner) he is survived by his children Robert W. (Mary) of San Clemente, California, Joan (late Mark Spooner), Colleen Gallagher, John, and Diane (John Neshcov), all of the Ottawa area. He was the beloved Papa to 16 grandchildren and 16 great-grandchildren.

Bob served as a Captain Regular Force in the Royal Canadian Ordinance Corps, was a Veteran of WWII and peacekeeping in Vietnam. His military service was followed by 13 years with the Public Service (Department of Supply and Services). Bob was a proud member of the Kanata Legion branch 638.

If desired, donations may be made to the Perley and Rideau Veterans’ Health Care Center Foundation Centre. Condolences and Sharing memories can be made at www.kellyfh.ca