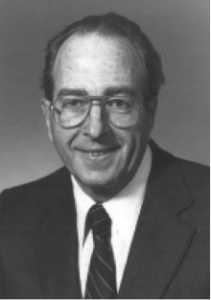 John Killick, passed away on Tuesday, February 2, 2016 in his 87th year.  John was predeceased by his wife Mary Grace Killick  (2011), who was the love his life for 60 years.  John was a longtime member and avid sailor with the Britannia and Trident Yacht Clubs, and was skilled on both Lightning and Shark class sailboats.  Benefactor to many people and causes; supporter of the BYC Junior Squadron, avid traveler, and dedicated reader of The Economist, always on top of current world events, his intellect and knowledge base would see him as a valued resource and advisor to DND up to his final days.   John was a proud member of the Canadian Forces Logistic Branch Order of Fellow Logisticians.   A Celebration of John’s Life will be held at a later date at the Britannia Yacht Club, Ottawa.  For those wishing, a donation in John’s memory may be made to the Junior Squadron – Britannia Yacht Club, 2777 Cassels Street, Ottawa, ON, K2B 6N6.