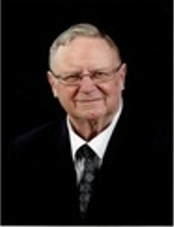 It is with heavy hearts that we announce the passing of our Dad, our Poppy, our uncle, and our brother.  Tom is survived by his son Chuck (Joanne), his daughter Jacqueline (Chester), granddaughters Abigail and Sophie, and his sister Jo Ann.  Tom was predeceased by his beloved wife Judi.

Though born in Florida, Tom grew up a proud Canadian in Hamilton, ON and joined the Royal Canadian Navy upon graduation from high school.  A graduate of Royal Roads Military College, Tom served on several ships, including HMCS St. Laurent, Qu’Appelle, Skeena, Nipigon, Annapolis, and Iroquois, and worked as a logistics officer with Maritime Command in Halifax and at National Defence Headquarters in Ottawa.   As a sailor, Tom visited countless foreign ports and served his country in various posts, including CFB Lahr in Germany and the Royal Navy College in Greenwich, UK.

There can be no doubt, however, that he was immeasurably proud to call himself a Nova Scotian.

In accordance with Tom’s wishes, there will be no funeral or celebration of life, rather his ashes will be buried at sea by the Royal Canadian Navy.

In lieu of flowers donations can be made to the Heart & Stroke Foundation of NS, the Lung Association of NS, or a charity of your choice.

“May you have fair winds and following seas”