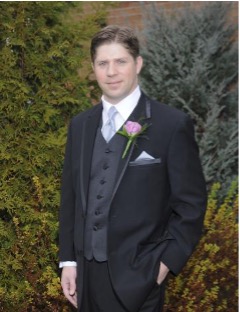 James passed suddenly and unexpectedly on 3 January 2023, age 51. He is survived by his wife Nicole and daughters Emma (14) and Bethany (7).

Born 19 July 1972 in Sydney, Nova Scotia, he grew up in Port Hawksbury, Nova Scotia.
Upon high school graduation, he attended Cape Breton University graduating with a Bachelor of Business Administration degree in 1995.

After several years working in the private sector, he enrolled in the Canadian Armed Forces on 17 January 2002 as an army logistics officer and completed 20 years of dedicated service. Following completion of basic and language training, he was posted for a short period of time to CFB Gagetown, New Brunswick, followed by a posting to 2 Service Battalion in Petawawa, Ontario where he deployed on Operation STRUCTURE, the armed forces response to the tsunamis that battered Southeast Asia in December of 2004. In 2006 he was posted to Ottawa where he filled several different military roles, deployed to Afghanistan, and deployed on his second humanitarian mission, this time to Haiti.

While in Ottawa, he married his sweetheart of eight years, Nicole Julliette Viau. They would later become the proud parents of two lovely daughters, Emma, born in Ottawa and Bethany, born in New Brunswick. The next 13 years would see the family move three more times across the country finally landing back in Ottawa. James often spoke fondly of his wife and daughters and the joy and excitement they would bring into his life. He was a loving father, a patriotic officer, and a faithful friend who humbly served his family, his country, and many others abroad.

His funeral will be held at Beechwood Cemetery (280 Beechwood Ave, Ottawa, ON) on Monday, January 16, 2023 with a public visitation from 1100-1300 hrs followed by the ceremony, burial, and reception starting at 1300 hrs. Guests may also view the ceremony at the following link: https://foveo.stream/beechwood/lcol-james-patrick-joseph-hickey. Friends, coworkers, and family are invited to attend. 1A dress (DEUs with medals) are authorized to be worn.

Flowers may be sent to the Beechwood Cemetery at 280 Beechwood, Ave, Ottawa ON, K1L 8A6. In lieu of flowers, an education savings fund has been established for his daughters and the funds can be donated via e-transfer to emmabethanyhickey@gmail.com. or deposited at any TD Canada Trust Bank to banking details: Transit 40891 Institution 004 Account 6289228.