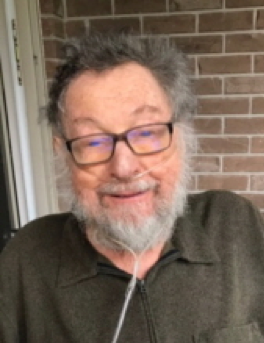 John, age 84, passed away peacefully in the presence of his immediate family on Tuesday, Oct 16th at the Belleville General Hospital. He was born on August 17th, 1934 in Toronto. John is survived by his wife of 61 years, Mary, daughter Patricia, son Gordon and grandchildren Tara and Sean Williamson, and Leonardo Retacchi-Gower.
John served in the Canadian Armed Forces from 1955, retiring in 1979 with the rank of Captain.
John’s next career included boat building, carpentry and construction. John was an active member at the CFB Trenton Yacht Club, serving as Commodore in 1975 – “There wasn’t a building at that club that didn’t have John’s hammer mark on it.” John was the longest serving member of the club and was awarded a lifetime membership for his service. John was a co-founder and was instrumental in starting the Quinte SailAbility program at the club. He was quite proud of the success of this program which recently celebrated it’s 20th year.
There will be a reception at the Trent Port Marina on Tuesday, Oct 23rd from 2-5 PM. The family hope you can join them to say goodbye to John and help celebrate this exceptionally good life
In lieu of flowers, John has requested that donations be made to Quinte SailAbility.
Online guestbook and condolences may be found at www.weaverfuneralhomes.com