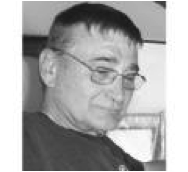 Patrick M. Frey (Pat), born 3 October 1949, died peacefully Sunday, May 24, 2015. He is survived by his wife of 42 years, Diane Frey (McIntee) and son Patrick, wife and two grandsons. Pat was born in Brooks and the family moved to Calgary where he attended school. After high school he joined the Canadian Military in 1970 and served until 1992 (Air element Supply). Pat also served with the navy. After he retired he worked for the Military at 7 CFSD from 1992 until December 2014. Tip your glass or plant a tree and as time passes smile as you remember me.