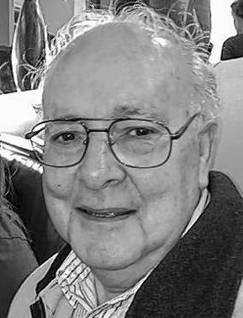 John, age 82, of London, Ontario and of Coley’s Point, Newfoundland passed away peacefully June 2, 2019 at 2Perth, Parkwood Hospital.  Survived and missed dearly by his devoted wife of 56 years, Hannelore Fillier.  Also cherished by his son Ron of Calgary, daughter Yvonne and son-in-law Scott of London.  He will be fondly remembered and sadly missed by his grandchildren, Morgan, Rob, Erica, Jasmine and Lauren and great grandchildren Harley and Alexie.

John was a veteran of the Canadian Army and proudly served since 1957.  He initially joined the Queen’s Own Rifles before remustering in 1964 as a driver in the RCASC  He spent most of his career in Ontario retiring in London in the early 1980’s.

In lieu of flowers, donations can be made to 2Perth Parkwood Hospital.  Thank you from the family of John Fillier.

Very sad and sincere condolences to Hannelore and family.  RIP John.  It was a pleasure to know and work with you.