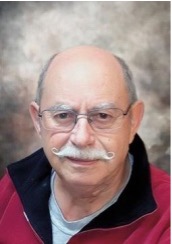 It is with regret that we announce the death of Mr. Joseph E. Filion on May 27, 2022, at the age of 79.  He was the husband of the late Lise Lefebvre and the son of the late Mendoza Filion and the late Marguerite Deschamps.

He is survived by his children Sylvie (André), Nathalie (Alain) and Daniel (Stéphanie); his grandchildren Patrick, Katya, William and his great-granddaughter Arzélie. He also leaves his brother Jean-Marie, his goddaughter Martine (Roger) as well as several brothers-in-law, sisters-in-law, nephews, nieces, cousins, relatives and friends. He was predeceased by his son Robert and his sister Françoise.

He was a retired sergeant in the Canadian Armed Forces, former mayor of Chénéville, founder of the Royal Canadian Legion in Chénéville and a member of Freemasonry.

The religious service, in the presence of the ashes, will take place on Saturday, June 18, 2022 at 11 a.m. in the St-Félix-de-Valois church located at 85, rue Principale in Chénéville.  The family will receive condolences at the church beginning at 10:15 a.m.

Your expressions of sympathy can result in a donation to the organization of your choice.

Your condolence messages can be sent via  www.cfo.coop