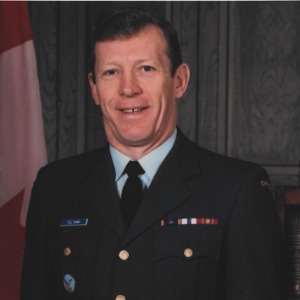 Dick, age 77, of Dartmouth, passed away on February 6, 2021 in the QEII, VG Site.  Born in Channel-Port aux Basques, NL, he was a son of the late Alexander and Dorcas (Keeping) Feltham.  He is survived by his wife of almost 40 years, Anne (Charbonneau); sons, Richard A. (Michelle), Warren H. (Dominique Gallant), Edward G. (Laurence Fleury); and grandchildren, Daniel, Jessica, Zachary, Max, Eleanor and Charlotte.  Family was most important to him, particularly in his relationships with his grandchildren, his pride and joy.
His years as a logistician with the Canadian Forces were years that he truly enjoyed. It was a source of great pride for him.  Moving was a part of the job: St. Jean, Edmonton, London, Toronto, Calgary, Cold Lake, Greenwood, Gander, Trenton, Shearwater and Sacramento, CA.
Participation in badminton, running, curling and golf were activities he enjoyed during his career and his retirement.  Richard was a past president and member of Hartlen Point Forces Golf Club. There he enjoyed years of golfing with many friends and acquaintances.  Running and woodworking were his “winter” past times.  Many of his woodworking projects, made in his small garage workshop, are now all over North America.
As a Newfoundlander he was taught and practiced a hard work ethic.  His storytelling ability was beyond compare, especially when gathered with his siblings. Stories of growing up would make any gathering, one to look forward to.
Cremation has taken place. A celebration of life and interment at sea will be held at a later date (due to COVID-19).
In lieu of flowers, memorial donations may be made to the Canadian Cancer Society, QE II Foundation, Dartmouth General Hospital Foundation, Cole Harbour Parks and Trails Association, or a charity of choice.
Online condolences may be made by visiting: www.atlanticfuneralhomes.com, Dartmouth Chapel.