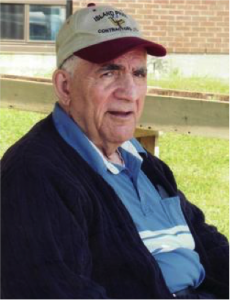 Joe served his country for 25 years as a cook in various postings across Canada, and aboard nine Royal Canadian Navy ships that included two tours on the HMCS Haida and one tour on the HMCS Huron during the Korean War. He crossed the Arctic Circle in 1957; played hockey, won a featherweight boxing championship, and was a master snooker player.

After retirement in 1973, he enjoyed hobbies in photography, woodworking, model railroads, fishing, and gardening to name a few. He had a magnificent singing voice and entertained all with every Irish song that was ever written.