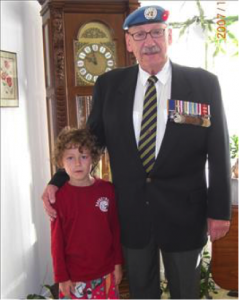 Roger passed away on 18 April 2016 in Gatineau at the age of 84. He is survived by his loving wife and best friend Betty Ann Gaul. Adored father of Michelle (Silverio Castillo) and Nancy (Don Gosson), cherished grandfather of Tiffany (Michael Gassien) and beloved “Poppa” to his great grandsons Aiden, Maverick and Korbin.

He was a decorated soldier with more than 37 years of service, a long time member of the Institut Canadien Francais, as well as a tireless volunteer.