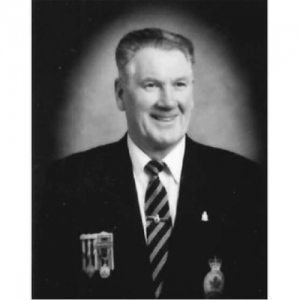 Predeceased by his wife Margaret “Mugs” (1990), Judi (2010) and his son Paul (1992). He will be missed by sons and daughters, John (Doreen), Martin (Jane), Cathy, Peggy Harris (Larry), Mike (Carolyn) and his many grandchildren and great grandchildren, brothers and sisters, nieces and nephews.

Lou served in the Armed Forces and saw service in England, France, Belgium and Germany. He was also a Peacekeeper in Egypt and served with NATO. He was a member of the Victory Branch Legion and served as President (1993 – 1995) and was Zone A6 Commander (1995 – 1997).

Donations may be made to the Victory Branch Legion or to the Canadian Cancer Society.