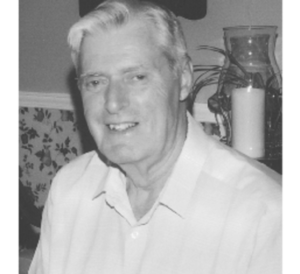 Bill passed away peacefully, on Sunday, March 1, 2020, at the age of 94.  Loving husband of the late Joan (née Each). Devoted father of Ross (Sylvie), Doug (Jackie) of Calgary, Sandy Laing of Toronto, Nancy, and the late Alan at infancy.  Cherished grandfather of Andrew, Philip, Glendon, Graham, Charlotte, Emmalyn, Cameron, Owen and Ian.  Great-grandfather of Tanner.

Following his career in the Royal Canadian Navy, which included service as Supply Officer of HMCS Cap de la Madeleine, Bill moved the family to Ottawa in 1970 where he worked for the Dept of National Defense, the Public Service Commission and, finally, Agriculture Canada.

In addition to supporting the family and raising four children, Bill dedicated countless volunteer hours to the local curling community.  He was President of the RCN Curling Club in 1976-77, the Ottawa Valley Curling Assn in 1983-84, and the City of Ottawa Bonspiel.  In 1984, he was inducted as a member of the Governor General’s Curling Club where he also served as President.