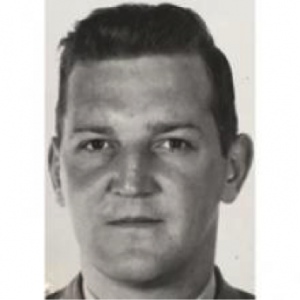 It is with great sadness and heavy hearts that the family of the late Roger Beatty Coon announces his passing on Thursday, April 28, 2016 at the age of 72 years at the Grace General Hospital with family by his side. Left to cherish his memory is his loving wife of 51 years, Lorraine (Lolly); daughters, Patricia (Gord) and Joanne (Wes); grandchildren, Matthew, Kevin (Sarah), Michelle and Brianna. His love for his grandchildren knew no bounds. They were the apple of his eye and he was so proud of all of them. Just the mention of their names would put a twinkle in his eye and split a grin as wide as the Grand Canyon. He liked nothing better than to talk about them to anyone who would listen.

Roger was born in Niagara Falls on July 6, 1943. His early years were spent playing hockey, delivering newspapers, as well as delivering Avon for his mom. He was surrounded by a wonderful extended family who loved him unconditionally which was a blessing when his brother, Joe (and his hero), was taken way too soon in a tragic accident. It was this personal tragedy which helped shape his character. In September 1961, upon leaving school, he joined the RCAF and was assigned to the logistics branch. His first posting was to Gimli, MB where he met and fell in love with his wife Lolly, and the two were married on April 3, 1965. Thus their adventure began. His job had them moving to various bases around Canada as well as a posting to Lahr, Germany, a family favourite. He was a career military man and it was a job he was well suited for. Be it military or civilian, anyone who worked for Roger in their career had a deep respect for him as he was a firm and fair boss. His superiors held him in high regard and his performance in his job was exemplary. In 1990, after 30 years of serving his country, he retired and the family moved for the final time to Winnipeg, Manitoba. He chose Winnipeg as his retirement so his wife could be near her family after having been gone for so many years.

Roger was an avid sports enthusiast, however hockey was his passion. In the sixties he was scouted for the NHL but instead chose to serve his country. This had him playing on a team at every base he was posted to. He was both feared and revered for his skill on the ice. Anyone who had the unfortunate pleasure of being checked by him knew what it was like to be hit by a moving wall and made sure the experience was never repeated. Roger had a larger than life presence and on first impression could be very intimidating. Once you gained his respect, you were considered family and treated as such. You knew he would be there to look out for your best interests. He will be dearly missed.

For those who wish to sign the online Guest Book please visit the website. Chapel Lawn www.chapellawn.ca 204-885-9715

So sorry and sad to hear about the passing of Roger. We remember when our niece Lolly started dating Roger, who was serving in the Air Force at Gimli. He was a formidable opponent in hockey, where goalies would start ducking when he came flying down the wing and on his tip toes, in order to put all his weight in his shot, would let those wicked slapshots fly. He terrorized goalies with his shot. We knew he was extremely talented in hockey as growing up out east he played against or with players of Dennis Hull and was as good as them. Roger was also a terrific ball player and excelled at many baseball tournaments. We found out how serious Lolly and Roger were when during a game he boarded me with a crushing hit that almost broke my ribs, and said “Welcome to the family”! After the game we found out he and Lolly were engaged. Roger was always entertaining at family events and always had interesting stories. Our condolences to Lolly and family.

Note from the Lest We Forget Coordinator

If any colleague has further details of Roger’s military service (rank, trade, unit(s) etc.) please let us know at   lestweforget.cfla@gmail.com and we will update this obituary.