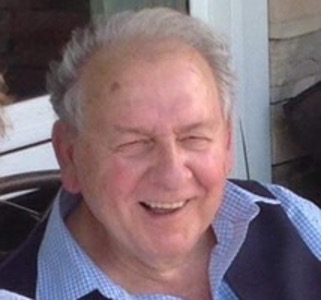 It is with great sadness that we announce the passing of Raymond Cloutier on December 5th, 2020 at the age of 75, due to complications from COVID.

He will be greatly missed and lovingly remembered by his wife, Lorraine, of 55 years, daughter Michelle (Stuart), son Donald (Debbie), three grandsons Justin (Ericka), Devon, Daniel, and three granddaughters Alyssa, Erika, and Meagan.Ray was born in Noranda, Québec. He joined the Royal Canadian Air Force in May, 1962 where he served for 26 years. During his career in the military, he was stationed at many bases in Canada, with a tour in the Middle East, and he retired from the 447 Squadron in Edmonton, AB as a Warrant Officer.

Upon his retirement from the military, he worked with the Cadets for 3 years and then continued working for the Federal Government as a public servant until retirement in February, 2005.

Ray enjoyed golfing, bowling, hockey, curling, baseball and badminton. He also enjoyed going on cruises, as well as travelling by motor home with his friends and family.

He will be missed by everyone and forever in our hearts.

Given the current COVID restrictions there will be no service.

In lieu of flowers, donations may be made to Veteran’s Affairs, the Alzheimer’s Society, Diabetes Canada or a charity of your choice.