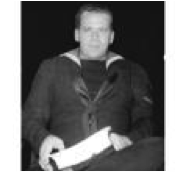 John joined the Navy in 1950 and was a veteran of the Korean War. He will be dearly missed and forever remembered. In lieu of flowers, donations can be made in John’s memory directly to The Lung Association, Alberta & NWT, P.O. Box 4500, Station South, Edmonton, AB T6E 6K2. Messages of remembrance may be left for the family at www.southcalgaryfuneralcentre.ca.