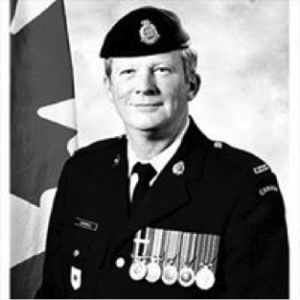 After graduating from McMaster University with a Bachelor of Commerce degree, Reid enrolled in the Canadian Forces as a Supply Officer in 1986 and served 25 years in the military with distinction.

After completing basic officer and logistics courses he was posted to 2 Service Battalion, Petawawa in 1987 where he was employed in Supply Company Headquarters.  In 1988 he was attached posted to 88 Canadian Signals Squadron as the Quartermaster and deployed to Iraq at the end of the Iran-Iraq war.

In 1989 he was promoted to Captain and was posted to 4 Combat Engineer Regiment in Lahr, Germany as the Regimental Logistics Officer where he planned logistics support for numerous deployments in Europe.  In 1992 he did the logistics planning for 4 CER and deployed with them as the first UN unit deployed into Former Yugoslavia. Upon returning to Germany he became OC Administration Squadron and closed out the Engineer Regiment.

From 1993 to 1995 he was posted NDHQ.  He completed the Canadian Land Force Command and Staff Course, Kingston in 1994 and in 1995 he was posted to the First Canadian Division Headquarters in Kingston, Ontario.  From 1996 to 1998 he was G4 Supply at the General Support Group Headquarters planning core Combat Service Support restructure for the Army and participated in the Equipment Rationalization Planning in St. Hubert, Quebec.

From1998 to 2001 he was posted to Sault Ste Marie, Ontario as the first Commanding Officer of Area Support Unit Northern Ontario taking over support responsibilities of 22 Wing dependencies in Northern Ontario and North-western Quebec.  In August 2001 he was posted to 2 ASG HQ as G3 Supply.  Upon promotion to Major in 2002 he was posted to 32 CBG HQ in Toronto as the G4 responsible for planning logistics support for major Reserve Force exercises.  From 2005 to 2007 he was G4 Supply at LFCA HQ responsible for operational level supply planning for Army formations in Ontario and Equipment Fielding Coordination.

Maj Campbell was posted to CFSAL as the OC Officer training in 2007 and posted in June 2008 to Tech Services, OC Maintenance and Logistics Support.

After retiring from the military, Mr. Campbell was appointed as the Housing Manager at Canadian Forces Housing Agency (Borden) in October 2011.  He brought with him his vast military experience in logistical planning, budgeting, and executing large scale projects such as operational deployments to Iraq and the former Yugoslavia.  For CFB Borden, Mr. Campbell was dedicated to bringing the houses up to a better standard of condition and the mid to long term recapitalization to modernize the houses.  He was passionate about improving the housing experience for CAF members and the results of his efforts are evidenced by the extensive improvements made to the housing area in recent years.