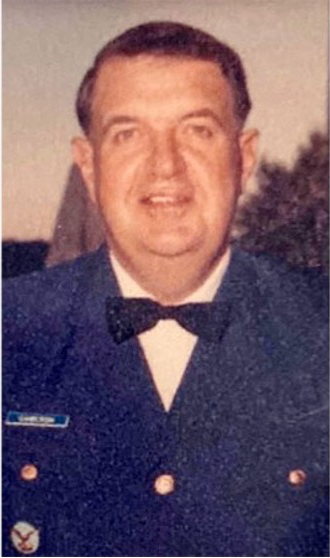 Family wishes to announce the passing of Karl Cameron, on May 3, 2021 after a very recent cancer diagnosis.  Karl passed away on his own terms, in his childhood home, in which he was the 3rd generation in his family to reside in.  He passed surrounded by family and friends.  In true Karl fashion, he was telling stories and talking about golf, until the very end.

Born in 1942 at the Cumberland General Hospital. Karl was an only child, but he viewed his cousins as if they were his siblings, and his neighbours as close family.  He grew up in Cumberland and spent his childhood running back and forth the one block between his house and his Dad’s barbershop on Main Street.

Karl joined the RCAF in 1962.  During his time in the RCAF he was posted throughout Canada and Germany, and ultimately retired from his career of service in 1993, after his last posting at home in Comox.  His job in the forces allowed him to travel to many wonderful places and make lifelong friendships.

Karl had a lifelong love of dogs and sports.  Badminton and golf were most important to him.  These probably only rivalled the deep-rooted love he held for Cumberland and all the people that had called it home over the years.  Karl was the local historian.
He always had a story at the ready, and always had an answer for anybody who had a question about a relative, a date, an event, or a connection.  If you needed something answered about your family history, he was your guy.

The family would like to thank all the health care providers that facilitated Karl to have his last wish honoured.  It was very comforting for everyone to know that Karl did not have to suffer or lose his independence, and could instead utilize MAID, and have a lovely last day at home, telling stories alongside his family and friends.

No service or flowers, but please keep the stories alive, by request of Karl.