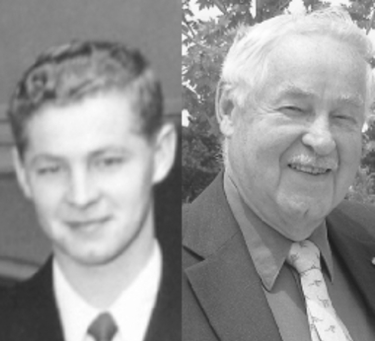 Larry passed away peacefully at the St Vincent hospital on Wednesday October 16, 2019.  He is now in the arms of his wife of 62 years, Terry, who passed in 2017.  He is survived by his children Dr Peter Brownrigg (Linda), Susan Brownrigg Smith (Brian) and Stephen Brownrigg (Maj. Ret), (Gail), six grandchildren and five beloved great-grandchildren.

Larry had a 29-year career in the Royal Canadian Ordnance Corps and the Canadian Armed Forces.  Postings included BSupO, CFB Gagetown in the early 70’s and a tour in the Middle East.

He retired to pursue a second career as a civilian with the Canadian Government.  This led to his third career as a Consultant, travelling extensively between Canada and Germany.  Larry treasured his many travels with his lovely wife Terry, which included world-wide cruises and adventures.  He also had a very special place in his heart for Germany, not only due to work but also attending jovial Oktoberfest events.

The family will be receiving friends at the Beechwood National Memorial Centre, 280 Beechwood Avenue, Ottawa on Wednesday, October 23, 2019 after 1 p.m. followed by Funeral Service at 3 p.m. and 4 p.m. Interment in the National Military Cemetery.  A Reception will follow.

In lieu of flowers, a donation in Larry’s memory to the Canadian Cancer Society is greatly appreciated.