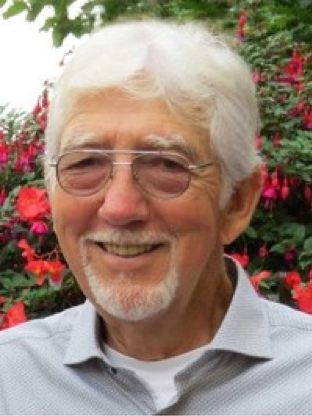 Paul started his military service before the age of 20 at Longue Point where he was commissioned as a Pay Officer in the Royal Canadian Army Pay Corps.  Early in his career he wanted to better his English language skills so he took a course offered at La Citadelle in Quebec City (Home of the 2 R22eR), an environment that was not very anglophone, but for a young single guy, being in the old-city centre was a great way to start his military career.  Paul had an excellent reputation as a Pay Officer.  He always had an Acquittance Roll in one pocket and an envelope of cash in the other.  And like a Human Bank Machine, he was always ready to dispense cash to soldiers in the field.  Paul served in many locations throughout his military career, some more exotic than others including Germany, Cyprus and Egypt.  In 1994 he took an early retirement through a plan to reduce the Armed Forces that offered a significant incentive to retire early.  After retirement he continued to serve his country as a consultant working on a project to re-engineer the Department of National Defence.

Like all who leave the military, Paul realised that life as part of the military continues after we take off the uniform.  He was an active member of the RCLSA and the Montreal RCLSA Chapter.  He served as the National Treasurer of the RCLSA for several years.  Every Tuesday morning RCLSA Chapter colleagues and golfers would gather for breakfast to tell war stories, discuss current affairs and share opinions to help the world.  Paul was always there and his presence was always felt.

One of Paul’s greatest passions was golf.  Precise and meticulous by nature, it was the same when he played golf.  When he lost a stoke the other golfers with him certainly knew how he felt.  His reaction left no doubts in anyone’s mind.  Paul played over 150 games every year in Florida and Canada until recently. He took them seriously, but really loved the social side and the people that golfed with him.

Like families tied by blood, the military has very special bonds to ensure our mission success.  Paul fully understood this and was able to give everything, living in the moment, to look after his friends and his soldiers.  Paul was always there and available for us and he left us with positive values and love for family and friends.  We have very fond memories of him.  The sun has set on a full life but it continues to shine on in the garden of our memories.

From the RCLSA Lest We Forget Co-ordinator

Many thanks to Pierre Desnoyers, the Past President (10 years) of the RCLSA Montreal Chapter who provided a copy of the military portion of the eulogy he gave at Paul’s funeral.  The above is an abridged version.