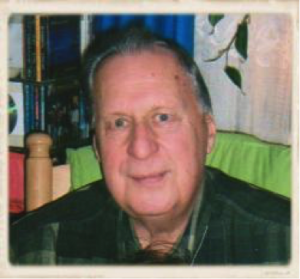 Surrounded by his loving family, Thomas “Tom” John Richard Babstock of Fredericton, husband of the late Jane (Devine) Babstock, passed away at the Dr. Everett Chalmers Regional Hospital on Tuesday, June 14, 2016. Tom, 83, was born at Glace Bay, NS, on February 19, 1933.

A veteran of the Korean War, Tom’s military career with the Canadian Army would span 20 years. Upon his retirement from military service he began employment at UNB in the Graphic Services Department where he worked for 28 years.

Tom was a member of the Masonic Lodge and the Royal Canadian Legion, Branch No. 4, Fredericton.

For those who wish to remember Tom by way of a memorial contribution the family suggests donating to a favorite charity of your choice.