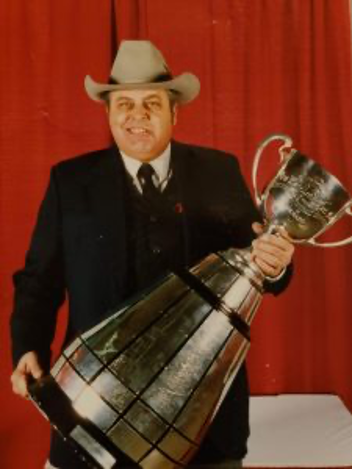 Heaven gained another angel. Dennis Douglas Austin passed on November 3, 2020 at the young age of 77 where he peacefully passed away in Kamloops, British Columbia.  Dennis was born on August 12, 1943 in New Westminister BC.  He is survived by his son Jon, daughters Darlene, Amanda, Sheryl, and their extended families.  Also leaving behind are three grandchildren as well as many nieces, nephews, and cousins; his sister Faye and especially his brother and best friend Ray and his supportive wife Lynda.

Dennis went to school in Vancouver and joined the military September 1, 1960 where he specialized in the transportation trade with numerous postings across Canada.  He spent 4 years in Europe, 5 years in Germany, one year in Egypt, and continually travelled the world returning home with the most amazing stories which made his family so proud.  He proudly served our country as Master Warrant Officer for 33 years where not only was he admired for his loyalty and dedication but also for the many certificates and medals he received which included Peacekeeping, UNEF, NATO-OTAN, and the Canadian Forces Decoration.  He retired from the forces on September 1, 1992.

He then stayed in Calgary for a couple of years and moved to the Shuswap in 1994. Started working again driving (logs, dump, long haul) and retired again in 2002 to Kamloops.

Dennis had an incredible passion for camping, hiking, fishing, boating, Harley Davidson motorcycles and vintage automobiles.  He also enjoyed reading various Tom Clancy novels, trivia, keeping up with current events, various social programs, playing a ruthless game of crib, and helping anyone in need, whether it be an organization, a neighbour or just a stranger on the street.  Dennis loved attending the local pub to eat a saucy rack of ribs. or at his favorite place, A & W burgers to enjoy a teen burger, onion rings and a hot cup of orange pekoe tea.  Let’s not forget about Dairy Queen blizzards and an endless supply of “tic tac’s” and lip balm which seemed to be in every pocket.

Dennis was an amazing father, family member, friend to all he knew throughout his life including his military family, and as a Scout Leader to mentor young boys in many Beaver activities.

There will be a gathering of family and friends next year when appropriate to remember Dennis and to celebrate his life.  In lieu of flowers, donations may be made to the local SPCA or any other animal shelter as he had the biggest heart when it comes to his love of animals.

So sad to learn of the passing of Denis “Bump” Austin …what a wonderful person…crooked little grin always a smile….fine soldier , true friend…..Bump has spent the best part of the last 5-6 years in and out of hospital with long suffering back issues….developed diabetes which resulted in the amputation of a leg…he stayed positive throughout his long ordeal….my sincere condolences to his family and friends….may he rest in peace….God Bless…