The sinking of the S.S. Nerissa 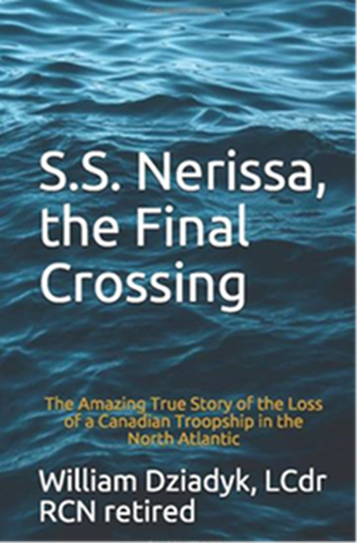 ​The details of the sinking of the S.S. Nerissa were highly classified until almost 50 years after the event.  The tragic loss of this ship on 30 April 1941 resulted in the third largest loss of life for a ship sunk by U-boats in the approaches to the British Isles.  The deaths of 81 Merchant Navy seamen, 98 Canadian, British and Norwegian troops, 11 American Air Transport Auxiliary (ATA) pilots and 17 civilian passengers touched not only Canadian families at the time, but also many families in the United Kingdom, Norway and the neutral United States.  This book focuses on the events which led up to the sinking by U-552 (Erich Topp) and the resulting public relations dilemma on the Canadian home-front.  Also included are eye witness accounts from many of the survivors and some stories of those who perished.  Much of the material is based on the analysis of testimony, recollections and official reports taken from survivors, as well as declassified Canadian, British and German documents.

Get the book from Amazon.ca